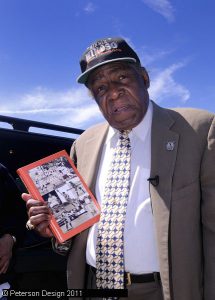 The following is an excerpt from the text by Bryan Steverson entitled “Amazing Baseball Heroes” The text profiles the careers of twenty American baseball legends. Chapter 12, below, is dedicated to Minnie Minoso.

It is a baseball battle of wits-a game of cat and mouse between the batter and pitcher. The batter dares the pitcher; the pitcher dares the batter. The player crowds the plate to reduce the strike zone. Home plate is only 17 inches across. By standing to close to the plate, the chances are the pitcher will not risk hitting the batter and putting him on base. Chances are a good pitch over the fat part of the plate will be delivered to hit. The pitcher knows full well what the batter is attempting to do. To be effective, he knows he must command respect and that respect means controlling the inside portion of the home plate. The pitcher has to be able to throw inside. At times a brush back pitch becomes necessary. It can become a game of nerves.

There are times when the batter gets a fastball “down Main Street” and is able to conect for a hit or extra base hit. At other times the pitcher may throw “chin music,” which is a pitch thrown at the batter’s body as a message to back away. Both parties are at risk. The batter’s risk is on getting hit and the pitcher risks giving up a hit, hit-by-pitch or walk. In rare cases players can be injured and lose a season or even their careers. In the most tragic case, Ray Chapman, a shortstop for the Cleveland Indians was hit by a pitch from Carl Mays of the New York Yankees. It happened on August 16, 1920 at the Polo Grounds in New York. As Chapman leaned over the plate on a 0-1 count, he was hit in the head by a Mays pitch. Chapman lost Consciousness and died the next morning.

Minnie Minoso knew the seriousness of the mind game between batter and pitcher. He had experienced it in Cuba and in the Negro Leagues. He never gave in though. Minoso would crouch and crowd the plate, daring the opposing pitcher. In doing so, he would “take one for the team” as necessary by getting hit. In his major league career he would bat more than .300 eight times and establish a career .298 batting average. Four times he drove in more than 100 runs. In seventeen major league seasons, he would score nearly two thousand total runs. There was a price, however, to pay for his success. For ten years, he would also lead the league in being hit by a pitch. In 1955 he had his skull fractured by a pitch striking him above the left eye.

In 1956, Minnie was hit by a pitch 22 times, breaking a nearly half century old major league record. The New York Yankees Hall of Fame manager, Casey Stengel would say of him, “Why that guy crouches so far over the plate that you can’t throw an inside strike to him without hitting him. I tell my fellows to throw ’em inside there with plenty of mustard on the pitch. But that don’t scare Minnie.” Minoso would get hit. It would hurt. He would risk injury, but not back down. In his major league career, Minnie Minoso was hit or “plunked” 192 times. Some players get angry and charge the mound after being hit. They want to physically confront the pitcher that hit them. Minoso felt differently. He considered each time to be an accident. Often he would pick up the ball after it struck him and toss it back to the pitcher with a big smile. He played with an aggressive Latin and Negro League approach to the game. He loved baseball.

Minnie Minoso was baptized Saturnino Orestes Arrieta Armas in El Perico, Matanzas (Havana), Cuba on November 29, 1922. El Perico was a town of about 3,000 residents in the rich sugar cane region of Cuba. In the Spanish-speaking culture, a child’s first name is their given name. The following names are the surnames of the father followed by the surname of the mother. Minnie’s mother’s name was Arrieta, hence his given last name. Minnie had two older half brothers whose mother’s maiden name was Minoso. The brothers played ball and were called Minoso. Growing up in Cuba, Minnie was incorrectly called Minoso or more correctly, Orestes.

His name would change when he came to the major leagues. In the majors, most players have nicknames. It was no different for Minoso. He would be called “Minnie.” Why Minnie? One day while sitting in the waiting room of a dentist’s office, he heard the dentist, Dr. Robinson, call for “Minnie.” Minoso thought it was a call for him. Minoso got up and went in for his appointment. Folks in America had frequently mispronounced his name. Most likely this was no different. Afterwards he learned the doctor was calling for his receptionist whose name was “Minnie.” A new, easy way to pronounce his nickname resulted. He was now being called “Minnie” Minoso based upon the visit to the dentist’s office. In Cuba he was Orestes Arrieta. In America, as a naturalized citizen he was Orestes Minoso.

Sugar cane was a major industry in Cuba, employing many residents. Minoso grew up working in the hot cane fields. With an older brother playing baseball, Minnie developed a love for the game. His first uniform was made from flour sacks. His idol was former Cuban and Negro League player Martin Dihigo (HOF 1977). After leaving school, he began earning $2.00 a game playing for the Ambrosia Candy team of Havana. He did very well, batting .364 for the season and establishing a name for himself. The next season, 1945, brought even greater rewards as he joined one of Cuba’s best professional teams, the Marianaos. Minnie was paid $200 a month and earned Rookie of the year recognition while batting .294. Minnie’s Cuban stats were so impressive that millionaire Mexican business man, Jorge Pasquel, offered him $10,000 to play one season for him. Pasquel even upped the offer to $30,000 for two years. Minnie turned him down. He wanted to play in America.

America came calling and for the remainder of 1945 and the next three seasons he would play for the New York Cubans of the Negro National League. His initial salary was only $150 a month, well below what he could have earned in Mexico. Minnie wanted to play baseball in America. In both 1947 and 1948, the Negro Leagues had two east-west All-Star games. Minoso was selected to play in all four games and had an impressive .304 batting average. The Sunday, July 27, 1947 game was attended by more than 48,000 enthusiastic black and white fans. This was thousands more than attended the major league All-Star game played less than three weeks earlier. Minoso’s New York Cubans would later play the Cleveland Buckeyes in the 1947 Negro League World Series .423 batting average, Minoso would lead his team to the championship.

Why had Minoso played in the Negro Leagues and not organized baseball? It wasn’t his nationality. Cubans had been playing in the major leagues for decades. As far back as 1923, Cuban pitcher, Dolf Luque had led the major leagues in wins with 27 and in earned run average (ERA) with a low of 1.93.

During World War II, the Washington Senators of the American League had seven Latinos on their 25-man roster. During the war, Cuban baseball players could be given six month visas to play in the United States. These players were considered nonresident aliens and were not subject to our military draft. Why not Minoso? The answer had to do with the hue or shade of his skin color. As unjust as it may appear, darker skinned Latin players, like Minoso, were banned from baseball by the “gentleman’s agreement,” an unwritten ban against black players. Latin or Cuban players who had a dark complextion were not permitted to play organized baseball. Fellow countrymen with a light complextion, like Luque, were permitted to play. It was not just a black and white question. It had now become the degree of color that mattered.

On September 3, 1948, Bill Veeck, owner of the Cleveland Indians, purchased Minoso’s contract from the New York Cubans for $7,500. For the remaining games of the 1948 season, Minoso played for the Dayton Indians of the Class A Central League. Like many coming to this country, Minoso had some difficulty understanding the language, particularly baseball language. In an early game at Dayton, his manager gave Minnie the “take” sign, meaning take the pitch and do not swing. Minnie thought “take” meant “take a swing.” He did take a swing and hit a home run. The manager could hardly get upset. In only 11 games with Dayton, Minoso would collect nine extra base hits.

After time in the minor leagues, Minnie was called up to the major league Cleveland Indians for nine games at the end of the 1949 season. In 1950 he was again back in the minor leagues, this time with San Diego of the Class AAA Pacific Coast League. He had a very productive season with San Diego where he batted .339 with 20 home runs. At the start of the 1951 season he was traded to the Chicago White Sox. In his inaugural major league season of 1951, Minoso would play in 146 games for the White Sox and hit .326. Although batting 20 points higher, collecting 50 more hits and scoring 40 more runs, Minoso would finish second in the Rookie of the Year (ROY) balloting by the Baseball Writers Association of America (BBWAA) to the New York Yankees’ Gil McDougald. The prestigious newspaper, Sporting News, did however select Minoso as their ROY. For the 1951 season he had led the league in triples and stolen bases while finishing second in batting average and runs scored. It was an impressive start.

A major contributor to Minoso’s Success was his speed. He was very fast. He would lead the American League in stolen bases three years in a row from 1951-1953. When future Hall of Famer Satchel Paige saw Minoso, he declared him as “the fastest.” He was called “the Cuban Comet.” When he got on base, the hometown Chicago fans would encouragingly yell, Go!Go!Go! As such, he was a very popular player. Fans loved him.

In his first at bat as a White Sox, he belted a home run against the rival New York Yankees, Minnie would be nicknamed “Mr. White Sox.” Later the Chicago White Sox would retire his uniform number 9.

After beginning his major league career in 1949, Minoso would play throughout the 1950’s and into the 1960’s. In 1960, he would lead the American League with 184 hits in his 154 games played. Later in 1976 while coaching the Cleveland Indians, he would be reactivated and play again at age 53. In his second game back, he got a base hit to become the oldest player to get a hit in a major league game. In 1980, he would join the White Sox for two games and thus become one of only two five-decade players in major league history.

Paul Richards, Minoso’s first manager with the Chicago White Sox said of him regarding his time with the Sox in the 1950s and 1960s, “He hit a home first time at bat for the Sox, and he hit a home run the last time he batted. he was better inbetween.” Minnie Minoso loved baseball and baseball loved Minnie Minoso. When he was asked to name his proudest moment in baseball, Minnie would reply, “I’m proud of everything. I’m proud to be a baseball player.” Baseball has been proud of him also.

After the major leagues, Minnie Minoso continued to play baseball in the minors and Mexican Leagues. He was Still a respectable hitter even past the age of 50. In 2004, the Chicago White Sox placed a life-size statue of Minnie in his familiar crouched batting stance on the concourse at Comiskey Park (U.S. Cellular Field) in Chicago.